It takes a lot to make a biologist say eww. I said it a few days ago upon perusing The dangers of stem cell tourism and Stem cell tourism: a problem right here in the good ol’ USA at Respectful Insolence, one of my few regular blog stops.

Briefly, an unfortunate person named Jim Gass underwent something called “stem cell therapy” which is all too often marketing-talk for high-tech quackery. He was a stroke victim displaying the classic weakened-to-useless range over the left side of his body, and in an attempt to recover these functions, received an infusion of someone else’s stem cells, or maybe several someone elses’. Far from compliantly replacing-and-repairing his own tissues, these cells have proliferated into a parasitic, semi-differentiated, autonomous living mass at the base of his spine. In terms of medical pathology, it’s like cancer in being a neoplasm, but without being cancer, as they are someone else’s cells and not technically, i.e., genetically tumorous. Orac’s first post discusses the case’s technical biomedical features and addresses non-U.S. clinics which do this sort of thing; the second is written from surprise that quite a lot of it is occurring in the U.S. as well.

I won’t focus on the intellectually-deficient, medically-nightmarish, socially-disastrous aspects of the situation; the formidable Orac has already done that. I’ll blog instead on the intersection of the issue with some things I wrote about in The Edge of Evolution. 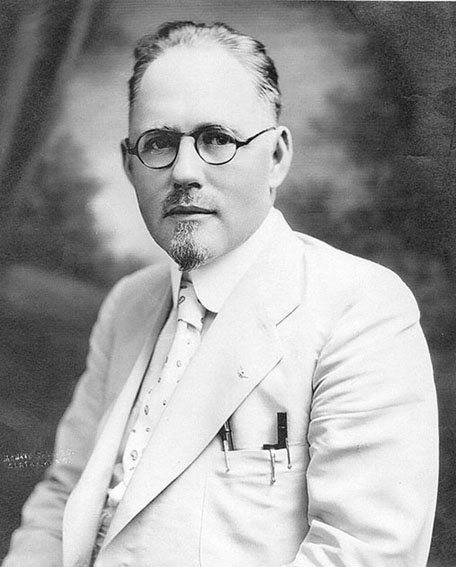 “Doctor” John Brinkley – only the finest goats, to be sure

First, xenografting in general. Sticking nonhuman tissue into human bodies for any number of claimed benefits is a long-standing practice; about a century ago, the rage was goat and monkey gonads, and I’m reasonably grateful that I am ignorant of where these were inserted. Even a little research into the history of medicine shows that quackery comprises surprisingly few categories, each of which periodically re-brands itself in new dress-up. Nonhuman sources for such things criss-crosses with legit med-science in terms of, say, bovine and other creatures’ antibodies serum to combat viruses, and also for famous moments such as the near-recovery of Stephanie Fae Beauclair. However, inserting living tissue from critter A into critter B in the sense that the former will do something subtly physiological is to say the least unwise. It also criss-crosses with human-human tissue transplant, ranging from blood transfusion to organ donation, in which subtle/physiological function is the point, and stem cell work is rightly considered an extension of those research topics and applications.

The simple and non-controversial deal, though, is that although in theory stem cells “can” certainly repair, replace, and perhaps prompt recovery of damaged or absent tissue, we simply don’t know how without a lot more very media-boring applied research. I might also speculate that people are inclined to overlook this insight due to the political-mainstreaming of pro/con stem cells, including the infamous ban on research from 2000 to 2008. Aside from the lost time and potential insights, this may have helped generate a culture of “if only” regarding the purported benefits, such that when the ban was lifted, a certain romanticism had set in, to be ready to believe that in those eight years we would have seen “miracles of medical science” blossom everywhere. Hence, perhaps, a special attractiveness of this particular dress-up of an old scam in new-tech clothes.

Second is the issues of the self, which isn’t featured too much in the book, but I’ve given it some play throughout this blog’s history. I’m pretty sure that most readers are familiar with the following:

Simply put, the interplay among infection, opportunistic mutualism, and symbiosis is far from categorical, and that goes nicely further to say that ecology and physiology are not separate things. A lot of our construct called “humanity” presupposes a modular, even atomic self “inhabiting” our bodies, and frankly, many medical assumptions (either of the discipline of the public) tends toward preserving that construct. You get plenty of quackery and highly-legit medicine sharing that. In this case, the quackery generates a sharp reminder of how limited that construct is.

Third is the trickiest part: where ethics come into this. I’m very unromantic, I’m afraid; I tend to say power and money do the walking while ethics paddles around in the road-already-traveled, at least on my less good days.

Think about it – there is no such thing as this thing for US.

Historically, there’s an interplay among theory, application, testing, knowledge, policy (what is actually done), politics (acquiring privilege by purporting to represent policy), and regulation. The specific bio-medical history is actually quite brief, especially in terms of transplant, tissue induction, and immune effects, barely a century – legal and social-values discourse are way out of their depth in it. Observed experience doesn’t help: sometimes crapshoots have succeeded and been lauded as superior insight, sometimes step-by-step know-as-we-go procedure has stalled out into institutional inertia, wild claims too often pan out as butchery and con-artistry …

I may not have put it as clearly as I’d hoped. I’m saying that we don’t do well at sensible, meaningful how do we go about this health care for ourselves. In fact, I think we have it all backwards, and always will if legalities and moral discussion are constantly chasing after policy in action, and let the latter set the terms for the discourse. After all, as this post is about, “human life” is not like we say it is, neither as “human” (a special category) nor as “life” (in the essentially vitalist sense that has never quite left medical culture and is all too apparent in quackery). If we look at these phenomena in the harshest what is it way, and similarly, if we never mind all the “it’s just the way it is” distractions about policy, then the very question of what human health care is actually for is suddenly revealed to be unconsidered and definitely unanswered.

“The Edge of Evolution” is available for order!

At Oxford University Press
At Amazon